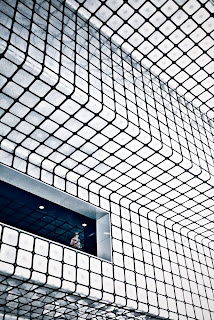 It has been way too long since the DHA blog was updated, but we hope this update will make up for all this time. The Deep House Archives podcast celebrates it's 3rd anniversary since it's revival, with a mix that deviates from the usual DHA style, but stays true to the spirit of constant search for new sounds, fusions and ideas in contemporary electronic dance music. Voyage of Discovery, mixed by Theo Zanos, explores the nu-disco genre and the incorporation of deep house elements, creating a style that is not limited to re-edits of original-era disco songs but serves as a full-fledged continuum of the 70s space and 80s italo disco. Named after the pilot episode of Canadian-produced, early 70s sci-fi tv series Starlost, but also a very fitting wordplay, the latest DHA issue might have lower BPMs than usual, but won't have any problems operating in the dance floor realm. Special thanks go to Allard One, who provided the photo art for this mix.

As we mentioned earlier, this update serves also as a (belated) 3rd year anniversary issue of the Deep House Archives podcast. Revived in March of 2007, the blog has served it's mixes to more than 25k unique visitors and quickly became one of the most popular deep house podcasts. The 24 sets featured 360 different songs (no song has been featured twice in this blog). Most popular labels in here are Plastic City (18) and Nitegrooves (11), while most popular artists are Ananda Project (6), Timewriter (5) and Nick Holder (5). Throughout these years, the blog has received overwhelming positive response, both from old faithfuls as well as new listeners. To all, a warm thank you for your kind words.