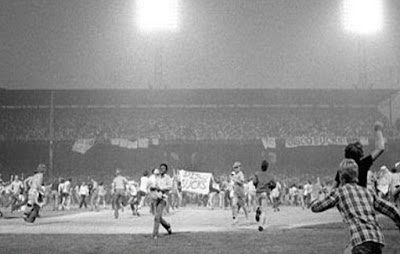 
We conclude the revival of the old DHA mixes from Theo Zanos with Disco Demolition Night. Here's the description of the set, as featured in the first Deep House Archives website in January of 2003.


Disco Demolition Night, held at 1979 was maybe the biggest backlash in the history of Disco. Local radio DJ Steve Dahl (Loop FM) organized this anti-disco rally at Comiskey Park in Chicago, which eventually turned into a riot, portraying racial prejudice against black music in general.


This issue of DHA will try to bring back the elements of Disco that made this style of music an underground musical phenomenon and the biggest influence in contemporary dance music. Tracks that escape the mainstream "Saturday Night Fever" disco, it's mostly intensive, massive Disco grooves of anthemic proportions, many of them big hits in underground clubs like Paradise Garage, NY and Warehouse, Chicago, and played from pioneering DJs like Larry Levan, Frankie Knuckles and David Mancuso. 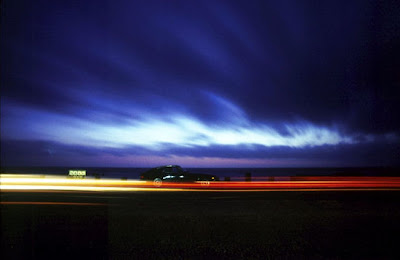 
This time we come back with a set from the past that was never released - till now. Tech Reference was put together in 2003 in order to be an update for the original DHA website, which was shut down shortly after. Mixed by Theo Zanos, this set explores the ever-evolving genre of tech-house featuring all the big players of the scene.